Meghan Daum is an author and editor with a biweekly column in Medium’s GEN Magazine. She has published six books, including her newest book, The Problem With Everything: My Journey Through The New Culture Wars, which was named a New York Times Notable Book for 2019 and one of the New York Post’s Top Ten Books for 2019.

The Problem With Everything was published in October 2019 and is a poignant and powerful account of today’s social and political landscape. Wrestling with cognitive dissonance as well as a sense of Gen X obsolescence, Daum attempts to make sense of the current zeitgeist, taking on what she calls “the problem with everything,” a concept she discussed in her August 2018 viral Medium article, “Nuance: A Love Story”. In a voice that is thoughtful, funny, and bold without being gratuitously provocative, she addresses the Trump resistance, the Kavanaugh hearings, #MeToo, identity politics, women’s marches, sexual assault on college campuses, the “free speech wars,” the benefits and perils of social media, the role of comedy and, above all, the delicate interplay between human vulnerability and human resilience. The Problem With Everything is, at its root, a book about nuance—about calling out tribalistic click-bait and finding a way back to rational thought and intellectual honesty.

A prolific writer, Daum was an op-ed columnist for the Los Angeles Times from 2005 to 2016 and has written for numerous magazines, including The New Yorker, The New York Times Magazine, The New York Times Book Review, The Atlantic, and Vogue. Her work has been included in The Best American Essays and she has contributed to public radio’s Morning Edition, Marketplace, and This American Life. Daum’s collection of original essays, The Unspeakable: And Other Subjects of Discussion, won the 2015 PEN Center USA Award for creative nonfiction and her first book, the essay collection My Misspent Youth, is considered a classic of its genre. Daum is also the editor of The New York Times bestseller, Selfish, Shallow & Self-Absorbed: Sixteen writers on the Decision Not To Have Kids as well as the author of the novel The Quality of Life Report, and Life Would Be Perfect If I Lived In That House, a memoir.

Daum was born in California in 1970 and was raised primarily on the east coast. She is a graduate of Vassar College and the MFA writing program at Columbia University, where she is currently an adjunct faculty member. A recipient of a 2015 Guggenheim Fellowship and a 2016 National Endowment for the Arts fellowship, Daum was the 2017 Bedell Distinguished Visiting Writer in the Nonfiction MFA Program at the University of Iowa and has taught at conferences including Aspen Summer Words and the Virginia Quarterly Review Writers’ Conference. Her private workshops in personal essay and memoir writing draw students from all over the world.

This book is the eloquent testament of a card-carrying feminist who abhors the stranglehold that political correctness has placed on intellectual life in America. As such, it is to be applauded—and I do.”

— Vivian Gornick, author of Fierce Attachments and The Odd Woman and the City

Meghan Daum’s brilliant, captivating, and infuriating new book examines the fault lines between the feminism of her own Generation X and that of millennials. As I read The Problem with Everything, I occasionally paused to reconsider some of my own most closely-held truths, to yell out loud at the author, and—most of all—to admire her scorching wisdom and wit. Unsettling, urgent, and amazing.”

— Jennifer Finney Boylan, author of She’s Not There and Long Black Veil

Meghan Daum’s observations will stand in the future as a perfect encapsulation of how social media has transformed educated people’s sense of what it is to be moral in the 2010s. More to the point, this book shines a light on us right now, a brighter and more revealing one than anything on the Twittersphere.”

— John McWhorter, author of Words on the Move and The Language Hoax

Meghan Daum has a world-class BS detector. In elegant, incisive, often hilarious prose, she calmly applies it to the confusion and narcissism threatening so many of our most feverish, social media-driven debates. From the shifting terms of “fourth-wave” feminism to the paradoxes of privilege and the myopia of tribalism, The Problem with Everything probes a liberalism under assault from all fronts and in danger of falling apart from within. Nothing escapes Daum’s scrutiny—least of all herself.”

Just when you thought feminist iconoclasm had gone into retreat or extinction, The Problem With Everything arrives, slicing through the intellectual murk of outrage culture and edgy online wokeness. Daum is a virtuoso at rueful insights and self-interrogation, willing to risk upending things in the knowledge that ‘safe spaces’ and safe ideas advance none of us.”

The Problem with Everything has the brutal honesty and rawness that will leave you examining your own thoughts and beliefs about the culture we are living in today. It forces you to ask yourself the question: whose side am I really on, and why do I have to choose one? I love how this book pushes me to think harder and be smarter.”

“Meghan Daum’s electrifying new book . . is a critique of feminism’s “fourth wave,” a social media-driven movement articulating not just the rights of women, along with microaggression concepts like “mansplaining,” but also the fuzzier tenets of “intersectionality,” a hitherto hidden matrix of privilege and oppression.”

At a time when nuance of any kind is often dismissed, Daum offers thoughtful takes on hot-button topics.

The Problem with Everything is both a stylistic tour de force and a lifeline thrown to those of us who feel like we’re drowning in nonsense.”

Affectingly personal, achingly earnest, and something close to necessary.”

There is no doubt Daum is a brilliant, incisive essayist. I would follow her words anywhere.”

. . . Daum’s powers as one of the most exacting, mercilessly candid, deeply funny and intellectually rigorous writers of our time are on glorious display.”

Thank goodness The Unspeakable exists to keep you company.”

. . . her prose is shot through with elegant and very funny observations.”

Triumphant . . she manages to broach each controversial topic — be it cream of mushroom soup casserole or her mother’s death — with an enviable exactitude that will have you thinking that you couldn’t have said it better yourself. (You couldn’t have.)”

Meghan Daum might just be the new Joan Didion: a whip-smart, incisive, and often hilarious cultural commentator whose personal essays will stand the test of time. Better pay attention.”

“RBG and the Notorious Meme-ification of Female Leaders”

“The Fifth Column with Meghan Daum”

“Through a Gen-X Lens: A Conversation with Meghan Daum”

“Meghan Daum, Elliott Holt, and Sandra Beasley on Not Having Kids”

“Childless by Choice: Meghan Daum on the Decision Not to Have Children”

“Not So Selfish: Meghan Daum on Not Being a Mom”

“Meghan Daum Talks ‘Selfish, Shallow And Self-Absorbed’ And Being Childless By Choice”

“Talking to Meghan Daum About Selfishness, Being Childless by Choice” 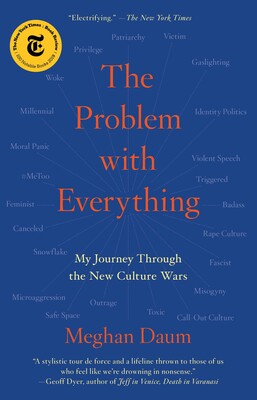 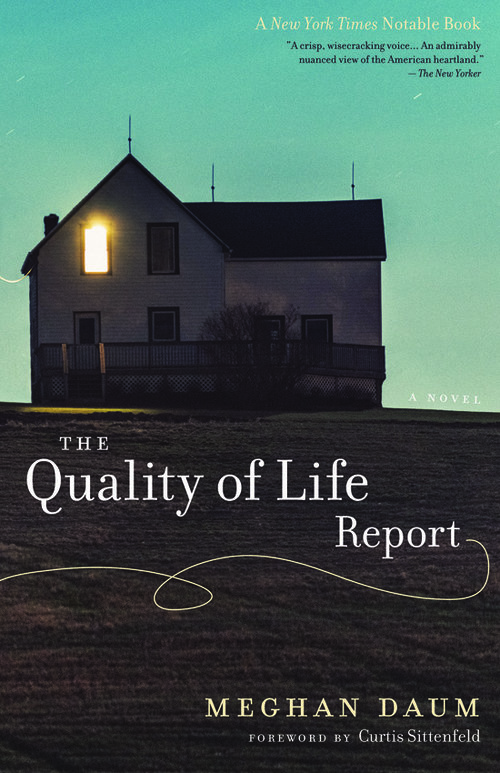 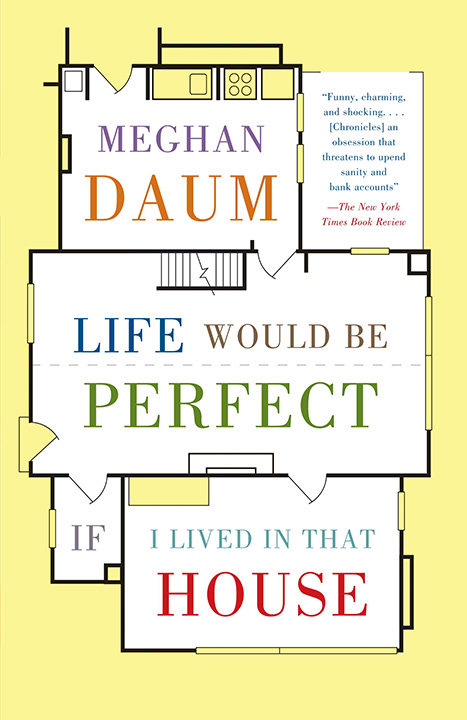 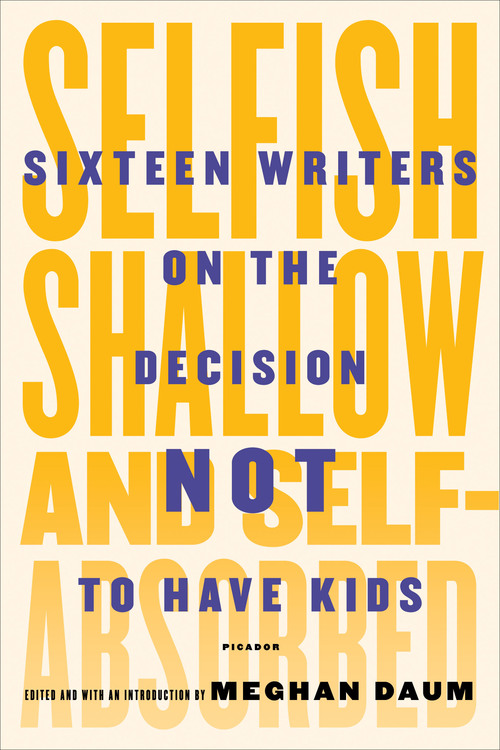