Christopher Leonard is a business reporter and author whose work has appeared in The Washington Post, The Wall Street Journal, Fortune, and Bloomberg Businessweek. He is the author of three books, The Meat Racket, Kochland, and most recently, The Lords of Easy Money.

In his New York Times bestselling Kochland: The Secret History of Koch Industries and Corporate Power in America, Leonard tells the ambitious tale of how one private company consolidated power over half a century—and how in doing so, helped transform capitalism into something that feels deeply alienating to many Americans today. In this extraordinary account, which was shortlisted for the 2019 Financial Times & McKinsey Business Book of the Year, Leonard explains how Koch specializes in the kinds of stunningly profitable businesses that undergird every aspect of modern life, from the fertilizers producing our food, to the chemicals that make our pipes, to the synthetics that make carpets and diapers, to the Wall Street trading in all these commodities.

Very few people know much about Koch Industries, which was the way the billionaire Koch Brothers wanted it. In his book and talks, Leonard uses Koch’s ascent to tell the story of modern corporate America, touching on unions, income divide, climate change, and how corporations bought the influence industry.

In his most recent New York Times bestseller, The Lords of Easy Money, Leonard infiltrates one of America’s most mysterious institutions—the Federal Reserve—to show how the ill-fated policy of ​quantitative easing, spearheaded by Chairman Jerome Powell over the past ten years, has accelerated income inequality and put our country’s economic stability at risk. In a few short years, the Fed more than quadrupled the money supply with one goal: to encourage banks and other investors to extend more risky debt.

Now, more than a decade in, the gap between the rich and poor has grown dramatically, stock prices are trading far above what’s justified by actual corporate profits, corporate debt in America is at all-time high, and this debt is being traded by the big banks of Wall Street, leaving them vulnerable and leaving all of us facing a frightening future.

Leonard is known for his in-depth knowledge of American business and economics and is a sought-after speaker at events across the country, from corporate retreats to university lectures to industry conferences and more.

Superb… Among the best books ever written about an American corporation… Not since Andrew Ross Sorkin’s landmark Too Big to Fail (2009) have I said this about a book, but Kochland warrants it: If you’re in business, this is something you need to read.”

Kochland is a dazzling feat of investigative reporting and epic narrative writing, a tour de force that takes the reader deep inside the rise of a vastly powerful family corporation that has come to influence American workers, markets, elections, and the very ideas debated in our public square. Leonard’s work is fair and meticulous, even as it reveals the Kochs as industrial Citizens Kane of our time.”

Leonard’s visionary, decade-spanning, and heart-rending investigation into the Koch Empire is indispensable not just for understanding the rise of corporate power in America, but for understanding America itself. Kochland will take its place alongside Chernow’s Titan and Coll’s Private Empire as one of the great accounts of American capitalism.”

A Robert Caro-like narrative of business and political power with a brilliant, ruthless, and fascinating monopolist at its center. Leonard devoted eight years to this gem of a book, seeking to understand the mysterious Charles Koch and the Goliath he has taken a half century to construct.”

Deeply and authoritatively reported… [Kochland] marshals a huge amount of information and uses it to help solve two enduring mysteries: how the Kochs got so rich, and how they used that fortune to buy off American action on climate change.”

This is fast-paced business history. An episode about ammonia runoff at an oil refinery keeps you turning pages like a John Grisham thriller.”

With deep reporting and narrative flair, Leonard has rendered a revealing portrait of the Koch family as ruthless businessmen and savvy political operatives who quietly built an empire and defined the face of American capitalism and its hold on Washington over the last fifty years.”

A landmark book… on par with Steve Coll’s Private Empire and even Ida Tarbell’s enduring classic The History of the Standard Oil Company.”

Leonard has produced a hugely readable, entirely original, magisterial work on one of the most important subjects of our time — the weirdly cultish, terrifyingly successful empire built all-but invisibly by the billionaire sphinx Charles Koch.”

— Steve LeVine, author of The Oil and the Glory

Those who believe in unfettered free-market capitalism will find much to feast on in Kochland, while those concerned with the corrosive effects of growth at all costs will find more than enough to gorge on as well. But both sides should be able to agree on what this story is really about, which is power—and a terrifying amount of it.”

Leonard’s superb investigations and even-handed, clear-eyed reportage stand out… American capitalism at its most successful and domineering is at the center of this sweeping history.”

“How Jay Powell’s Coronavirus Response Is Changing the Fed Forever”

“An Inside Look at How Koch Industries Does Business”

“Is the Chicken Industry Rigged?”

“A Blade Strikes Steel, and the Blast Shocks a Nation’s Energy System”

“Charles Koch is Trying to Share the Secrets of His Success. Will Anybody Listen?” 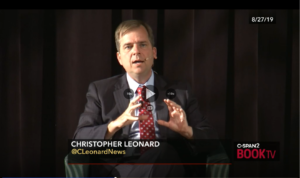 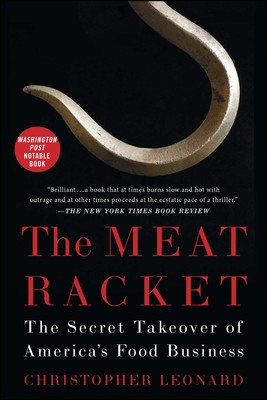 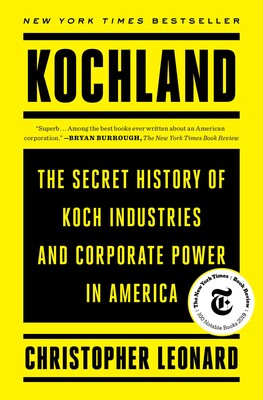 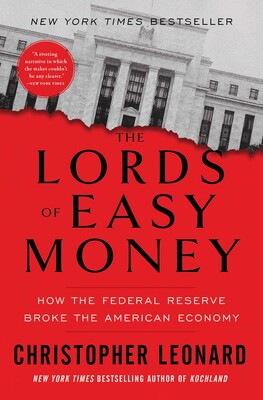