Pioneering oncologist, researcher, and award-winning science writer Siddhartha Mukherjee is one of the world’s premiere cancer researchers. He is the author of The New York Times bestselling and Pulitzer Prize winning book The Emperor of All Maladies: A Biography of Cancer, a groundbreaking work that charts the history of cancer with a cellular biologist’s precision, a historian’s perspective, and a biographer’s passion. It was named one of the 100 most influential books of the last 100 years by Time magazine and was adapted into a PBS documentary by filmmaker Ken Burns.

He is also the author of The Laws of Medicine and The New York Times bestselling The Gene: An Intimate History, which brings to life the quest to understand human heredity and its surprising influence on our lives, personalities, identities, fates, and choices. His newest book, The Song of the Cell: An Exploration of Medicine and the New Human, tells the story of how scientists discovered cells, began to understand them, and are now using that knowledge to create new humans. With writing that is vivid, lucid, and suspenseful, Mukherjee’s third book is an extraordinary exploration of what it means humans.

In both his writing and his keynote talks, Mukherjee weaves science, social history, and personal narrative to illustrate the many medical breakthroughs that have shaped our society and offers a glimpse of what the future might hold for us as well.

Mukherjee is an assistant professor of medicine at Columbia University and a staff physician at New York-Presbyterian Hospital. A Rhodes Scholar, Mukherjee graduated from Stanford University, University of Oxford, and Harvard Medical School. He has published articles in The New Yorker, The New England Journal of Medicine, The New York Times, Nature, and others. He lives in New York with his wife and daughters.

Mukherjee found an especially roomy subject for his roving intelligence…I was repeatedly dazzled by…the enthusiasm of his explanations…the immediacy of his metaphors.”

If you are not already in awe of biology, The Song of the Cell might get you there. It is a masterclass.”

This volume should earn Mukherjee a rightful place alongside Carl Sagan, Stephen Jay Gould, and Stephen Hawking in the pantheon of our epoch’s great explicators.”

This is perhaps the greatest detective story ever told a millennia-long search, led by a thousand explorers, from Aristotle to Mendel to Francis Collins, for the question marks at the center of every living cell. Like The Emperor of All Maladies, The Gene is prodigious, sweeping, and ultimately transcendent. If you’re interested in what it means to be human, today and in the tomorrows to come, you must read this book.”

— Anthony Doerr, author of All the Light We Cannot See

The Gene is a magnificent synthesis of the science of life, and forces all to confront the essence of that science as well as the ethical and philosophical challenges to our conception of what constitutes being human.”

— Paul Berg, winner of the Nobel Prize in Chemistry

“‘Why Aren’t We All Bacteria?’ Siddhartha Mukherjee Explores the Power of Cells”

“‘It is a flaw in our cells that becomes a flaw in love’: doctor Siddhartha Mukherjee on the search for a cure for depression”

“16 of the Best Science Books of All Time”

“What Can Odd, Interesting Medical Case Studies Teach Us?”

“My Father’s Body, at Rest and in Motion”

“The Gene: Science’s Most Powerful—and Dangerous—Idea” 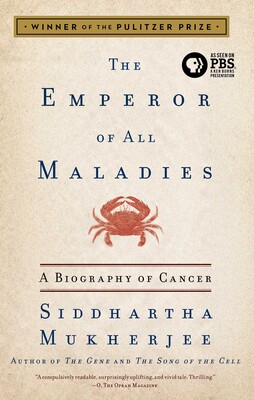 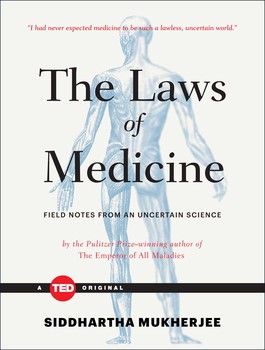 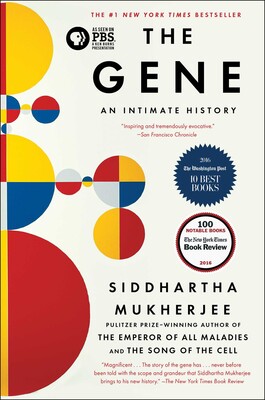 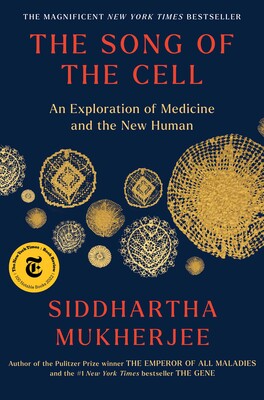