Nina Tassler was named Chairman, CBS Entertainment, in February 2014.  Serving as President since 2004, she led CBS Entertainment to great heights propelling it to be named America’s #1 Network during 12 of the 13 years of her tenure before announcing she would step down at the end of 2015.

Since parting from the Chair, she has taken on the role of Producer as a partner/co-founder in PatMa Productions alongside acclaimed director/producer Denise Di Novi.  Under PatMa, the team is developing a variety of film, television and theatre projects with an emphasis on inclusion.  In 2017, Tassler published her first book, What I Told My Daughter: Lessons from Leaders on Raising the Next Generation of Empowered Women.  The book is comprised of essays from an array of iconic women leaders including Madeleine Albright, Ruth Bader Ginsburg, Geena Davis, Peggy Orenstein, Cecile Richards and more.

Tassler earned a degree in theater arts from Boston University and worked for a theater company and a talent agency before moving on to television. Tassler resides in Los Angeles with her husband and two children. 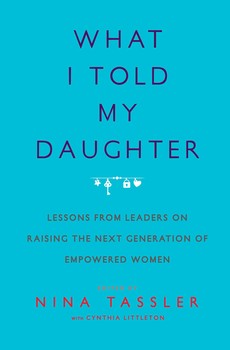