Colton Underwood was a linebacker and a tight end in the NFL from 2014 to 2016. A fan favorite on season fourteen of The Bachelorette, he starred in The Bachelor on season twenty-three of the show. Before Underwood captured the hearts of millions on The Bachelor, he was a goofy, socially awkward, overweight adolescent who succeeded on the football field while struggling with personal insecurities off it. An All American gridiron hero, he was also a complex, sometimes confused, soft-hearted romantic wondering how these contradictions fit together.

In his New York Times bestselling memoir, The First Time, Underwood opens up about how he came to find himself and true love at the same time via the Bachelor franchise. Unencumbered by cameras and commercial breaks, he delivers a surprisingly raw, endearing, and seriously juicy account of his journey through The Bachelorette, Bachelor in Paradise, and The Bachelor, along with what has happened with him and Cassie Randolph after the season wrapped. He opens up about being dumped by Becca, his secret dalliance with Tia, what it was like to be the world’s most famous virgin, his behind-the-scenes conflicts with production, and how his on-camera responsibilities as the Bachelor nearly destroyed him.

But, one year later, Underwood was ready to reveal another part of his story. In March 2021, he opened up to Robin Roberts on Good Morning America in an interview and came out as gay. He also starred in a Netflix docuseries, Coming Out Colton, where cameras follow him as he comes out to his friends, former coaches, and family.  By discovering even more about his own identity and embracing all of life’s changes, Underwood serves as an inspiration for anyone struggling to reveal their true selves. As an inspirational speaker, Underwood encourages us to stand up and unapologetically speak our truths, no matter who’s watching.

“Colton Underwood Opens Up About His ‘Lowest’ Stage for Mental Health Awareness: It’ll ‘Get Better'”

“Colton Underwood On Defining Masculinity On His Own Terms” 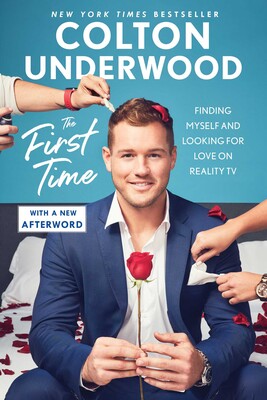